Choral Singing is Good For You!

We at East Cork Choral Society are always advocating the health benefits of singing in a group and recently many articles have emerged reporting the health benefits of singing. As if we needed any more reasons to sing! But what does this actually mean for our physical and mental health? Anecdotally we have all heard stories about how music can cheer even the most melancholy of hearts and relieve stress (I myself like to have a bit of a singalong to the radio to help relieve stress), and in actuality research has suggested that it can help to improve low mood and heart health. 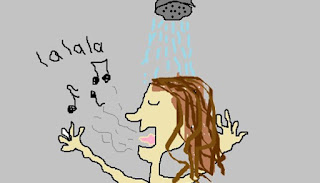 In fact, a study published this year in the journal Psychology of Music indicates that singing in a choir has even more added benefits than just singing individually (Stewart & Lonsdale, 2016). This research found that members of choirs reported higher levels of psychological well-being than solo singers. Other reported psychological benefits of singing in a choir include: emotional self-regulation,  greater social support and connectedness (due to meeting new people and maintaining friendships), increased feelings of happiness, and feelings of relaxation. 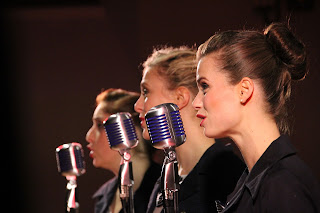 Music in general has been found to improve the body's immune system, and singing in a group (and even alone) can impact our physical health and relieve stress. Research has found that levels of the hormone Cortisol (a biomarker for stress) decrease during singing. This is good news indeed, as Cortisol is one of those pesky hormones that can cause some pretty serious health problems when it's excreted chronically or in high levels. These can include increased risk of heart disease, hypertension, and diabetes. Singing has also been shown to increase the release of the hormone oxytocin, which also acts as a stress reliever. Singing can reduce blood pressure and as breathing is a key component of singing, it also improves oxygenation and blood circulation. It is an aerobic activity which exercises muscles in the upper body.

So if you ever needed an excuse to go from occasionally singing in the shower to joining a singing group or choir these will certainly do the trick!